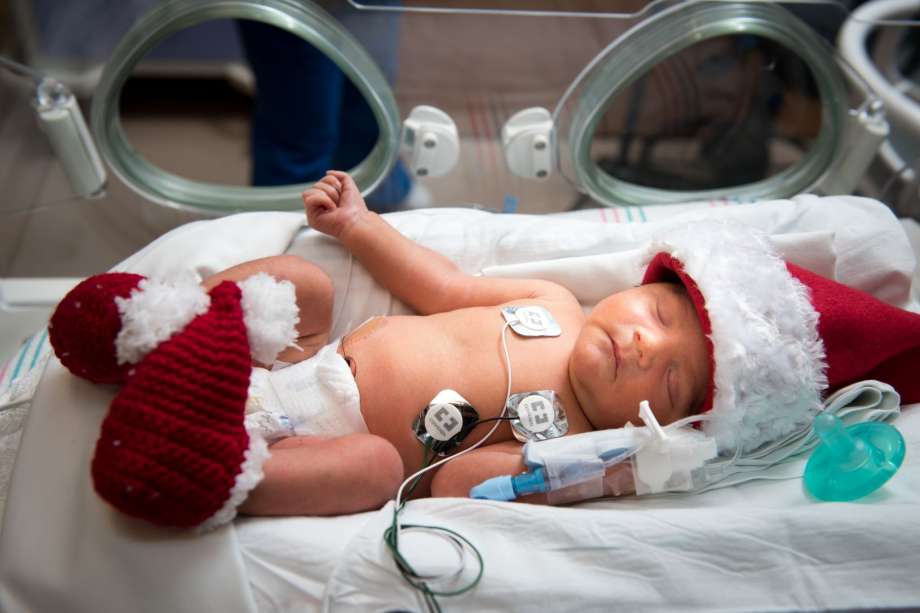 This page may contain affiliate links.

My Story: Being A NICU Mom

Pregnancy to parenthood is supposed to be a special time. Unless you are a parent who had your baby in early gestation.

Never in a million years did I picture myself going into labor at twenty-seven weeks and being put on permanent bed rest until my due date. The list of medications and shots are ever lasting and if you make one wrong move it could spike you into labor all over again even though you are already on edge. I had to be monitored every week and checked for dilation. I was in labor from twenty-six unknowing until I went into permanent labor at thirty-five weeks. I can remember the day so clearly and I was an emotional wreck.

It was December 23,2018, I woke up having horrible period like cramps and bleeding (which the doctors told me was normal) so I went on with my day. We went to a Christmas dinner. The contractions had started for a while then stopped, I told my husband I thought it was time. Well I decided to wait a little while longer.  Two p.m. rolls around and I realized the bleeding had gotten worse and I couldn’t eat, or drink and I was in tears. Once I realized my contractions were two to three minuets apart, we left. Heading to the hospital I had this bad feeling that it was time and the labor could not be stopped. We parked and checked into Dekalb Regional Medical Center. Once we checked in and was taken to our room, they checked my cervix and I was dilated to a four. Within an hour of being there I had done dilated again so it was time. Everyone was ready for baby Harbor Rayne Davis to arrive.

At 6:30pm baby Harbor made her appearance into this world.  She was born with her cord wrapped around her neck and was having problems breathing and crying. She was also born with a fever and has some other issues going on, but the only thing I can remember is begging and pleading God to let her cry so she wouldn’t have to go to Huntsville Hospital and leave me alone. After finally getting baby Harbor to breath, we got to hold her for a split second. The only thing I remember within that second was her head full of hair and bright blue eyes.

They then took her to the nursery to be hooked up to all kinds of machines and put her on a heating pad. Our little miracle baby weighed 4lbs and 14oz and was 18inches long. Shortly after the pediatrician had came to tell us that Harbor was doing okay and would be transferred to be monitored for precautions. Around eight thirty pm they brought Harbor in to see us before being transferred. Shortly after Harbor, her daddy and grandma left to head to Huntsville Hospital. They arrived at Huntsville Hospital an hour or so later, to give the information that was needed. Once Harbor was situated, they came back home. 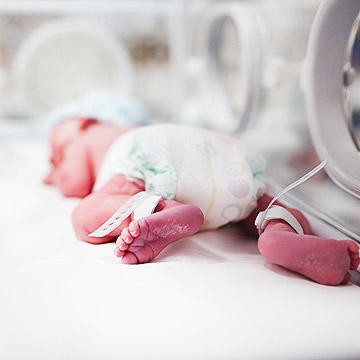 December 24th, 2018 I was released from the hospital. We then went to see our little boo. It took about an hour to get there. I was so anxious to finally get to see our baby girl for the first official time. Once we got on the NICU floor, we went and registered and gave the other information needed. We went and washed our hands and everything else we needed to do so we could see our baby. They had a special waiting room for the NICU visitors and a guard on duty 24/7. They had a big binder that has information of whom can and cannot see the baby. They have washing stations everywhere and gowns you put on before holding your baby. They even had snacks for the parent, and little hats for the babies.

Our baby girl was only in the NICU for three days. Harbor was transferred due to her lungs not being fully developed and her not crying at birth. Harbor did not get to eat until December 25th. Which being a mom of baby you just want to pick her up and feed her but unfortunately, I couldn’t, and it broke my heart. Harbor was in stage 3 when I got to see her on December 24th and by December 25th she was in the 4th stage (the going home stage). We learned how to feed her, check her temperature and learned many more things about premature babies. Even though Harbor was in the NICU for only 3 days I constantly pumped and was very emotional. She also got formula as well. We did have set backs, her oxygen not staying in range and her temperature constantly dropping. She was constantly on monitors and being supervised 24/7 by rotating shifts of nurses who had to take care of more than one baby. Being a mother of a NICU baby is very hard because you want to go and comfort every little baby there. Some babies were born at only seventeen gestation weeks and up. Some parents couldn’t even hold their baby. They could only look and touch, but we were one of the blessed parents to be able to hold and feed our baby girl when we visited.

December 26th Miss Harbor Rayne got to come home weighing 4lbs and 8oz. The first week was rough but by the time she was a month old she weighed 7lbs and 12oz. Our little NICU baby is doing great and continuing to grow bigger every day. We are beyond grateful for the nurses and staff who helped us through this journey.