Acceptable Gifts Or Over The Top?

BabyBety.com > Mommy Thoughts > Acceptable Gifts Or Over The Top? 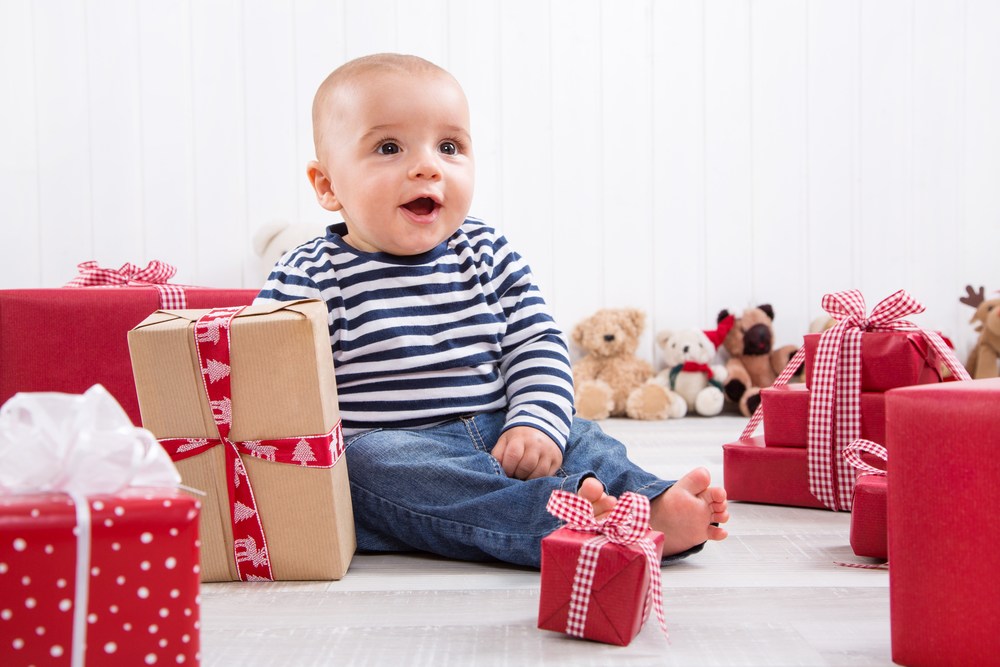 This page may contain affiliate links.

From even before our children are born people are starting to give them gifts to celebrate them coming into the world. They will continue to receive gifts from the people in our lives for years to come. Some gifts will be useful, some will be for fun and some will make you stop and say “What were they thinking?!”

For a teenager I will modify this method slightly. I will switch out the outfit sometimes for a gift card for a clothing store they like. Instead of a toy I will get them a video game or a gift card to go out somewhere fun. I still get them a book about something they are interested in or to learn something new. The only time I don’t use this model is when it’s a baptism, graduation or some kind of event that is an achievement or milestone.

For milestone events I almost always give money. I normally give anywhere between $25-$100 depending on the occasion and my relationship to the child. The reason behind why I do this is simple. It will hopefully teach the child to save their money. I don’t know about you, but I started bank accounts and gave my children piggy banks as soon as they were born. My mother did the same for me and my siblings. With this method you are giving a gift and hopefully teaching the child a valuable lesson that could last a lifetime.

Now let’s discuss the gifts that make us stop and think what was going through their mind. It’s not because the gifts are too small. It’s normally because the people went way over the top. Normally when my children are having a party, I actually tell my guests not to go crazy and get them something small because they don’t actually need anything. For me at least, when I am inviting you to celebrate my child’s big day, I am inviting you for your presence, not a present. I am trying to teach my children it’s not about the gifts, it’s about the people you love and care about that come to celebrate you. If my guests do bring a gift it’s just an added bonus to my child’s day. I just wish they would take the same approach I do and keep it small.

Grandparents. Yes, they always make the over the top list, but there is no way of stopping them. If you are lucky enough to have grandparents or even great grandparents in your child’s life an easy way to curb their overspending is to let them focus on big ticket items. This works well for all your shower gifts. What I mean by this is to let them get the crib, stroller, car seat or any other big item that would take a team of your friends pulling their money together to afford it. Let your friends and other family get you the diaper bag, outfits, toys and other smaller and more affordable outfits. I actually told everyone before my shower I would rather them buy some of the items second hand. I got a lot more things I needed, instead of a $50 diaper cake that looks nice, but not really useful. For example, my son’s grandfather on his dad’s side bought us a name brand highchair, 2 bath tubs (one for an infant, one for a bigger baby), learning toys, a swing and a couple of chairs. If he bought all of those things new it would have been way more money than I would have been comfortable with him spending, but because it was second hand, I was fine with him going baby crazy. After the shower and the child is here for holidays, birthdays and milestones there is really no way to stop grandparents from going overboard. You will just have to understand their overspending is part of life and feel lucky that you have them in your life to do so for your child.

When Over-Giving Is Unacceptable

Now that we have grandparents out of the way we can discuss everyone else. Who are these people you ask? Well they are the aunts, uncles, cousins, friends and friends that are like family to us. These people normally give gifts that are appropriate for your child’s age and the occasion. But there will always be someone from this group who tries to outdo anyone else. I don’t know if it’s for the bragging rights or they are just clueless. At least with this group of people you can normally explain to them that their gifts are a bit much. Sometimes it works. Sometimes it doesn’t. I guess it just depends on the person.

I will give you a few examples. One where having a conservation with them worked. One where the conversation kind of worked and one where it did not, and things just got worse.

First, we will talk about a close friend of my son’s father, Dave. From day one of meeting my son at the hospital Dave was going over the top. He brought 12 Nike outfits, with hats and socks, shoes and toys to the hospital. I thought it was a bit much, but nice since he was unable to attend the baby shower. Over the years the gifts kept getting bigger and more expensive. Expensive shoes, official football jerseys, gift cards, huge toys and pounds of candy. Finally, when he walked in with a Batman that took up half my living room, I had to put my foot down and explained it was nice, but it was too much. I wish I had not been so overwhelmed and 7 months pregnant with my daughter when we had the conversation, but it worked. I have since apologized for being so blunt. At least now the gifts are more appropriate for a four-year-old.

Next, we will talk about Michael and Morgan. They are both friends and technically distant family of my children. At my son’s second birthday party they bought a toy, an outfit and gave him $50 cash. I immediately told them it was way too much in a polite way as we were opening the gifts. So, when I invited them to my daughter’s first birthday, I made it clear that $50 plus a toy and clothes was too much. I asked them to just get a small toy, like a coloring book with crayons, a doll or something similar. When the party came, they did get a small stuffed animal with a lovely little handmade purse and an outfit. But when I opened the card and saw the $40 me and Morgan both started to laugh. Then she said, “well you did tell Michael $50 was too much, so he put $40.” I am glad we can all joke about the conversation we had and that it was a little bit less than I said was too much, but I doubt he will go any less than that in the future.

Finally, when it came to my cousin Sue it did not go as well. Like Dave from the beginning her gifts were always too big. Not just in size, but price as well. She would buy ball pits, play houses and pools without even asking what we already had. I have no problem with my children having these things, but I like to be the one who buys them. Not just so I am the one to get all the extra hugs, but also so I buy the one the fits my child and our yard. So, I tried to have a talk with her about the gifts and that’s when things got worse. She was very offended and made it clear she thought I was ungrateful. I told her that was not the case and apologized. I thought we were okay. When she came to my son’s next birthday and he opened the gift I realized that we were definitely not okay. The gift she got him was a full child’s drum set and a box set of more instruments that made very loud and annoying sounds. I knew right away what she was doing. She was getting back at me for the conversation we had by giving my son what she knew would drive me and everyone in my house nuts. It’s sad, but needless to say I do not invite her to my children’s parties anymore.

Well there you have it. My take on gifting giving to children. I hope this helps some of you and always remember… If you think a gift is inappropriate for whatever the reason, say something. Be kind and respectful but say what you feel. It could get worse or it might get better. Either way they will know how you feel.

Tags: gift giving, how to give childrens gifts